to find out how we can help your business

Back in November we reported that Google released an update to their search engine called BERT.  According to Search Metrics “It’s the biggest change to Google’s algorithm for five years, affecting one in ten search queries. With the Google BERT Update, Google aims to improve the interpretation of complex long-tail search queries and display more relevant search results. By using Natural Language Processing, Google has greatly improved its ability to understand the semantic context of search term.”

The impact of BERT is much bigger than originally anticipated ie the ranking of web pages. There are also reports that this update has influenced Google Business listing and the way featured snippets appear. It is estimated that it has affect 1 in 10 English-language searches as well as searches returning Featured Snippets for any language that supports snippets.

What do you mean?

What BERT does is rather than taking the words and sentence format of a query and compiling a list of sites that have high domain authority and rank highly for the keywords (along with a host of other factors), BERT “understands” the question. Then it pulls up the pages that best answer the question. 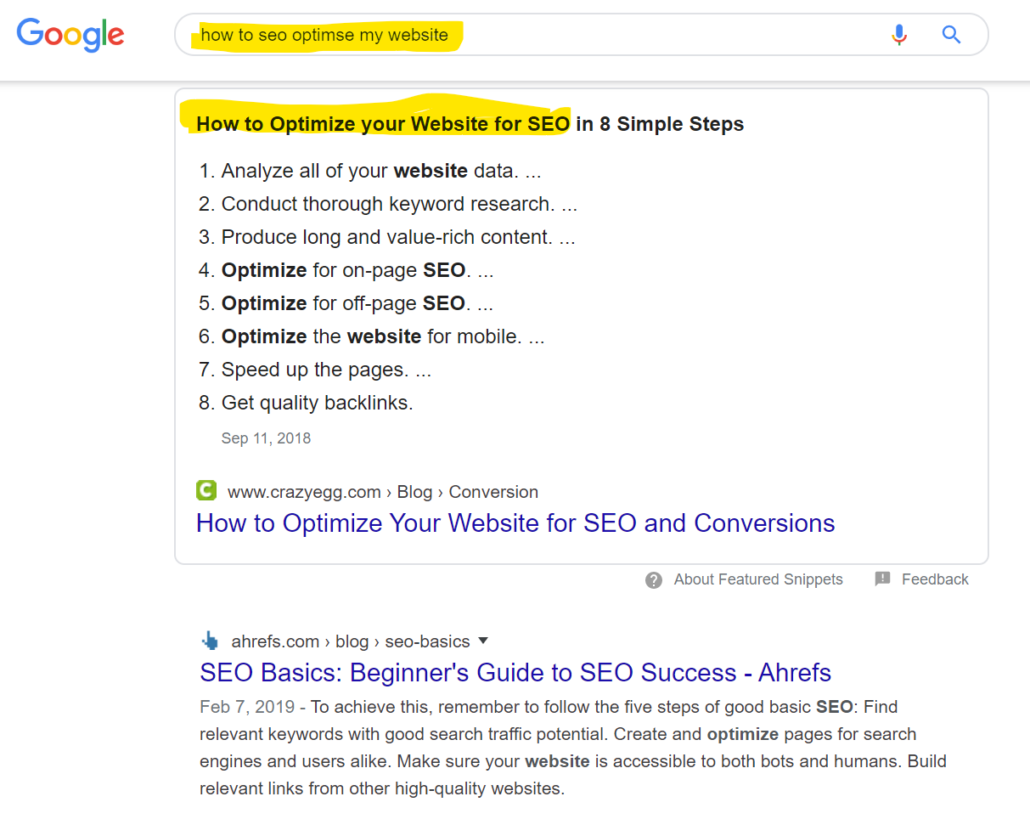 In Jan Google has updated the shopping experience on Google Search, on mobile. Now, when you do a web search for clothing, shoes and accessories, you won’t just get a set of links to different products and stores. Instead, Google will present a new section where it features the most popular products from stores around the web, which you can filter and browse.

This change will help in particular when you’re trying to find all the stores that carry one particular item — something that hasn’t been easy to do in the past.

The feature is powered by Google’s search index, which has organized products from more than a million online stores and is regularly refreshed. The new shopping feature isn’t a paid advertisement for retailers and participating retailers can include their eligible products within this section for free.

Google announced that Chrome browser will begin blocking web pages with mixed content beginning December 2019. Publishers are urged to check their websites to make sure there are no resources that are being loaded using the insecure HTTP protocol.

Mixed content is when a secure web page (loaded through HTTPS) also contains scripts, styles, images or other linked content that is served through the insecure HTTP protocol. This is called mixed content.

Mixed content presents a security risk for your site visitor as well as to your website.  For some people we helped parts of their website did not dispolayed images or other in secure content.

If you are not sure what to do and how to fix your site then call us.

Cybersecurity for your small business

While 2020 presented us all with challenges no one saw coming, it also provided us with the space (lockdown 😉) to reflect on what is important.  One of my personal takeaway’s is ….